Gonski 2.0: How schools can stretch their asset funding further 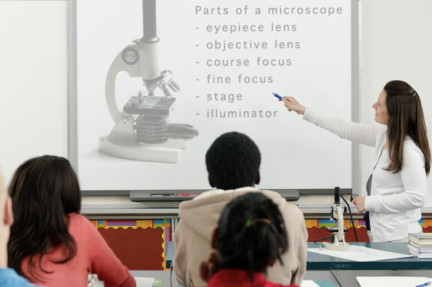 Education funding figures announced in the May Federal Budget look great for schools with the Commonwealth committing to spend $30.6 billion in 2027, up from $17.5 billion in 2017.

But look beyond the headline amounts and it’s clear the proposed funding model, Gonski 2.0 – which will see all schools receive what Federal Education Minister Simon Birmingham describes as a “fair and consistent Commonwealth share” – will mean a cut to income for many non-government schools.

Under Gonski 2.0, the Commonwealth will provide each non-government school with 80 per cent of its Schooling Resource Standard (SRS), a benchmark of a school’s need that includes a base amount per student plus loadings for disadvantage.

Government schools will receive 20 per cent of the SRS, as the states and territories provide the majority of funds to public schools.

Some schools will receive a funding boost over the coming decade as a result of the new arrangements, but others – particularly those in the non-government sector – will receive less.

The new arrangements will override 27 special deals the former government had previously struck with the states and territories that allowed some private and Catholic schools to receive considerably more than 80 per cent of their SRS amount.

Several non-government schools receive more than 100 per cent of their SRS amount – as much as 196 per cent in some cases, according to media reports. A reduction to 80 per cent will equate to a drop of thousands of dollars per student each year, totalling millions at the school level.

Projections show 24 non-government schools in higher socio-economic areas will receive less Commonwealth funding starting from January 2018. Others will receive only small funding increases, which will translate to less in inflation-adjusted terms over the coming decade.

No public schools are overfunded compared with the SRS, so most are expected to receive additional funds. However, NSW Education Minister Rob Stokes has expressed concerns that the move to the Gonski 2.0 model effectively breaks an existing agreement under which the Commonwealth matches state contributions to education. He fears this will “mean millions and millions less than we were expecting into schools in New South Wales over the next two years”.

Schools faced with funding cuts must decide how to pay for the resources they need, sooner rather than later, to support the education services they provide and maintain parent – and student – expectations.

Competition amongst schools is rife with one of the key unique selling points for any educational institute being the level and quantity of equipment they can offer students. Postponing a decision on funding resources could lead to fewer student applications.

So, what are the options?

Increasing fees would be unpopular with parents, as would cost-cutting options, such as lowering staffing levels and reducing educational amenities.

Schools looking for smart ways to stretch their finances as a result of the Gonski 2.0 model could consider funding acquisitions through operational expenditure rather than capital outlay.

Expenditure on teaching equipment and other resources such as grounds keeping machinery, gym equipment and IT infrastructure, can be shifted into the operational budget by sourcing capital using alternative finance. This offers greater flexibility and lowers upfront costs compared with buying outright.

Schools can’t be certain from year to year of how many students they will have. As revenue is received on a per-student basis, budgeting to buy assets can be difficult.

This approach can help the school maintain a healthy bank balance, keep parents happy and give students access to the equipment they need to flourish in their education.

About Us
Maia Financial is a leading, independent provider of capital solutions. We specialise in Asset Finance, Asset Management and Vendor and Intermediary services. Established more than 25 years ago, we have financed billions of dollars’ worth of assets, supporting the capital needs across various sectors (including mining, healthcare, manufacturing, agribusiness) and government entitles across Australia and New Zealand.

Get in touch with our in-house experts today
Contact Us